Estás aquí: Hogar Blog What will 2020 be like for the Spanish real estate market?

What will 2020 be like for the Spanish real estate market?

The beginning of the year is such a moment when we all wonder what this symmetrical year 2020 will bring us. The market experts are outdoing their expectations, wondering what and how can affect the market situation. I reviewed the forecasts for you and selected a list of factors that in my opinion may be relevant.

What will affect the situation in the real estate market in Spain in 2020?

Not all of these factors need to work, and not necessarily they must have a negative impact. An example is Catalonia, which as one of the two autonomous communities (next to Murcia) recorded an increase in the number of foreign investors by 7.8% and 9.6% respectively. The other traditionally touristic regions of Spain have seen smaller or larger declines. It seems that the fears that the result of the independence referendum in Catalonia has aroused among buyers, have dissipated and the real estate market in that region has returned to the right track. 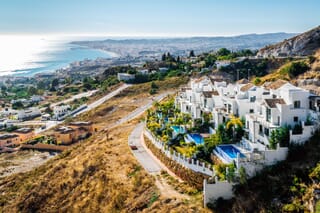 Politics and its impact on the real estate market

The political uncertainty that we are currently experiencing in Spain is shared by most European countries. Each country is struggling with its problems, so do not demonize this situation. Spain not only attracts Europeans, many nations from the Americas and the Middle East also buy real estate here. From their point of view, the political situation in Spain is definitely stable.

Brexit and the property market in Spain

Another factor many people ask about is Brexit. Two years after the referendum, the British are still the most active and numerous group of foreign investors in Spain. Their percentage share in the market slightly decreased, but they still lead in all rankings beating the French and Germans, who occupy the 2nd and 3rd places respectively. 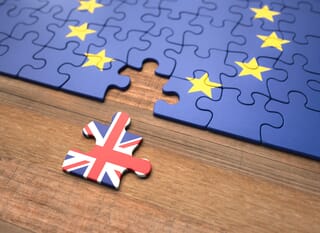 In general, the number of foreign investors fell in 2019, while the real estate market, especially on the coasts and in large cities, is still a foreign investor market. We, foreigners, are driving this great machine that produces hundreds of thousands of apartments a year. Developers continue to build and apply for new building permits.

How will property prices develop?

The prices for which developers market their products are very diverse, but not low. Naturally, they entail prices on the secondary market, because sellers if they have in their hands a finished product, which the customer does not have to wait for months, in addition often in a better location, they do not want to sell it cheaply. Looking at it, I think that in the perspective of a few, maybe several months, we can expect the first price reductions, both on the primary and secondary market.

Is this already a crisis or rather a slowdown?

Generally, the Spanish property market is doing well. Of course, there are already those who foretell a new crisis, because prices are still rising and developers are still building, but even these pessimists agree that this will not be a crisis as global or as deep as the one from 2007. Market cycles are nothing new, so the slight slowdown that started in 2019 will also be felt in 2020.

In my opinion, there is no reason to worry. The Spanish real estate market is still a speeding machine whose products are of good quality and mostly built in attractive locations. Banks willingly grant loans to foreigners, which does not mean that they do not check the credibility of their clients, so be ready for a financial "striptease". Good locations, i.e. coastlines, islands and large cities, continue to attract foreign investors from many countries around the world. They are also attracted by the climate, because while the weather is beautiful almost everywhere in summer, at this time of year they can play golf in few places in Europe.